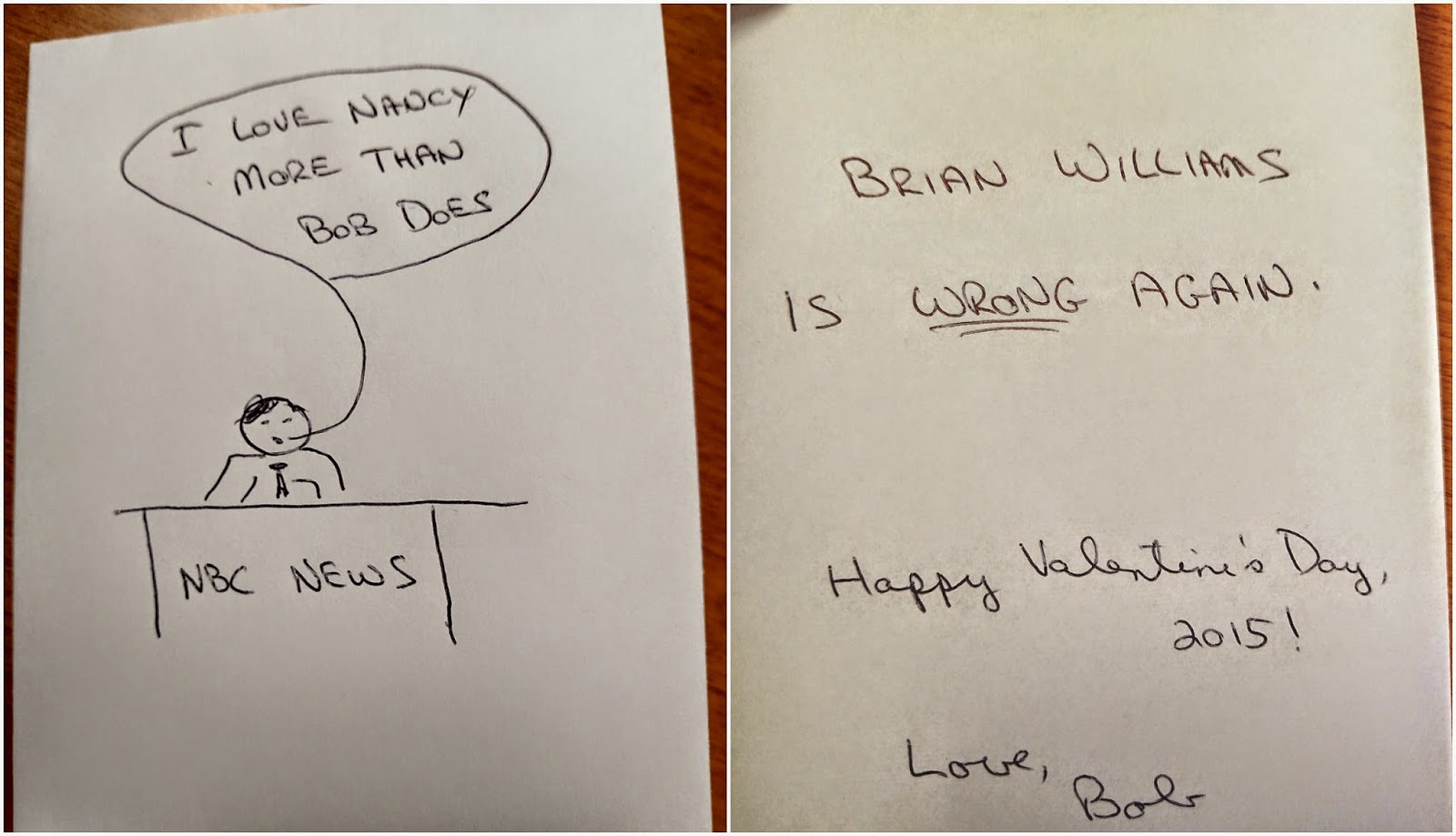 How does anyone survive Valentine’s Day?

I still have scars from second grade, in the days before political correctness when school kids didn’t have to bring a Valentine for everyone in the class. I can still see painfully shy, ridiculously crew-cutted Bobby Varettoni with only two cards at my desk while all my classmates had dozens.

And thank you, Annemarie Shapiola and Maureen Dunn, wherever you are. I think you saved my life.

My mother – who, all her life, has been popular and outgoing – has no doubt received thousands of Valentine’s Day cards over the course of her lifetime. At 83, she still gets excited about the holiday, and she has always sent cards to me and my wife, Nancy, and to our daughters.

However, at 83, my mother is no longer steady on her feet, and she slipped and fell (it’s icy in New Jersey) when trying to mail this year’s batch of cards.

She’s fine. Just a bruise on her hip.

Still, it led to an interesting phone call with my daughter who’s away at college. She said she had been shopping for Valentine cards, but was afraid to buy one for Grandma precisely because “with my luck, she’ll trip and fall while going out to the mailbox.”

She was joking, of course – so, of course, I egged her on.

“And then you’d be responsible for her death, right?”

“Well, knowing Grandma, first she’d sop up the blood with the envelope of my card, and then she’d crawl back inside the house, display the card next to her chair, then phone to thank me.”

“You know, even if you don’t get her a card, she’s still going to go out to the mailbox every day to look for a Valentine from you. And then you’d disappoint her.”

“So I’m guilty no matter what?”

It’s a vicious cycle – and here it is, Friday the 13th, and I didn't even buy a card for my wife. Instead, I’ve made her a card that references Brian Williams. Hopefully, she’ll think it’s romantic and cute.

It’s certainly not as slick as the card my daughter bought for my mother. She called last night to say, “Bobby, your daughter just sent me the most beautiful, beautiful Valentine’s Day card ever!”

My daughter is a survivor.

Lessons From 7 Careers With 1 Company

Did you ever feel like Crash Davis, the fictional baseball player in “Bull Durham” who breaks the lifetime minor league home run record without anyone noticing? 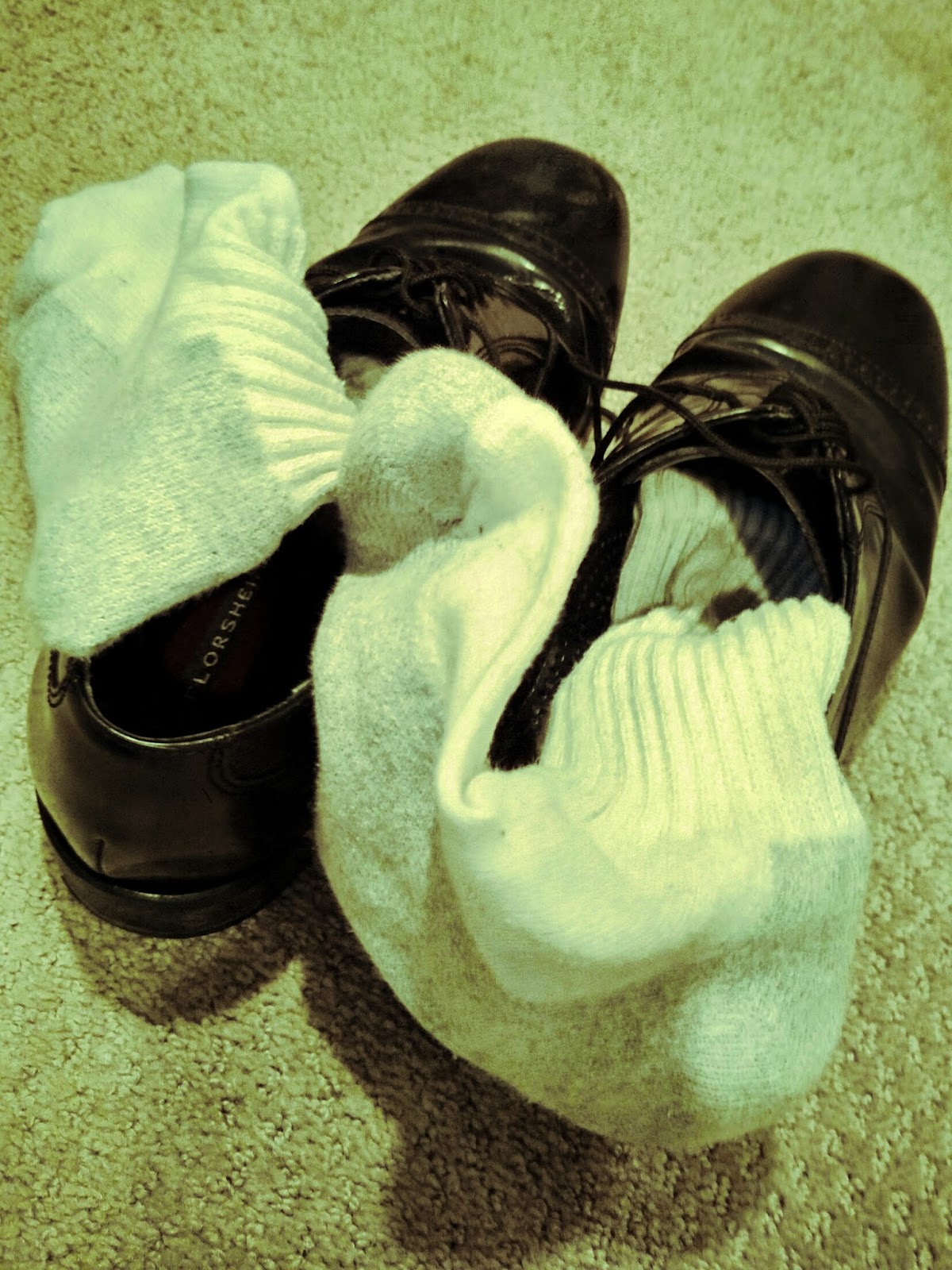 Last week I set my own quiet milestone – 30 years working at Verizon and its predecessor companies – without any fanfare.

Why the secrecy? When you’ve been with “the same company” for so long these days, you are more likely to get condolences, or curious stares, than congratulations.

So I want to out myself here to dispel a huge myth.

The truth is, it’s NEVER the same company after so many years. You may not change companies, but the company changes around you.

1. The Entrepreneurs. Cutting short a career in journalism, I excitedly joined a small company in 1985 that sold the first generation of personal computers to consumers. I’ve always loved technology – and this was a skunkworks project for NYNEX, a Baby Bell, that needed PR support. My colleagues there were tech evangelists and wonderful teammates. The business model failed, but not for lack of effort or creativity – or fun.

The lesson: You’re never truly failing when you’re doing something you love.

2. The Phone Company. The NYNEX mothership then offered me a job as a writer and editor for its phone company subsidiary, New York Telephone, which produced internal newsletters and magazines. I was again surrounded by great colleagues – talented writers and in-house graphic artists – but the company itself was mired in the past. In the elevators, middle-aged men wearing suits with white athletic socks would talk incessantly about their retirement plans. This drove me crazy. Even an attempt to streamline my magazine’s production by using a “modem” was denied because it would have meant attaching a “foreign device” to the public network.

Lesson: In the short-term, you can find work you love even in a company you don’t.

3. Media Relations. Long-term, the phone company wasn’t the place for me. Luckily, I was able to transfer to New York Telephone’s press office. It was led by a smart, funny, urbane, chain-smoking phone-company anomaly who was welcomed as family in the Daily News newsroom and in dozens of New York City bars and restaurants. He rescued me because he liked to collect writers on his staff and, as a former journalist, I admired and valued the work of current journalists.

Lesson: Everyone needs a mentor.

4. No Job Description. By the mid '90s, I had earned promotions and was raising a new family. My career was poised, I thought, for great things. Then my mentor retired, and the new department head was not a fan of the old ways of doing things. He developed a complicated, matrixed chart of his new organization. Without a box on the chart for me. When I questioned this, he shrugged and gave me a New Age explanation that boxes on an org chart weren’t what was important. When he realized it was important to me, he finally owned up and gave me the following advice:

Lesson: “People will judge you by the way you handle adversity.”

5. The Job I Created. To shake things up, the new VP had brought in two outsiders – a well-know political figure to run NY regulatory affairs and a successful Media Relations VP from a competitor. Neither knew much about NYNEX, however, and I had worked for the company more than 10 years by then, knew it inside and out by virtue of my previous jobs, and wasn’t on anyone else’s payroll. So I helped them both – and learned so much from both in return. One of the executives was female.

Lesson: After witnessing the double standard in the way women are treated in the workplace, I will never tolerate it and, for the sake of my daughters, I will do everything I can to eradicate it.

6. The Mergers. NYNEX merged with Bell Atlantic. Bell Atlantic merged with GTE. The company, and the respective PR organizations, underwent massive changes in the late 1990s. I was a corporate spokesperson, and I directed the staff functions for two PR VPs. Now when new org charts were being developed, I was creating the boxes. A big reason for the mergers was to gain scale and scope for our wireless business. The first merger was valued at $24 billion; the second at $52 billion. Bets don’t get any bigger than that, and our plan was to create a new market for any-time communication, on any device, in any place.

Lesson: The best job in the world is to work for a company that’s doing something to change the world for the better.

7. Financial Communications. Since 2001, I’ve been a spokesperson for a huge and growing corporation. I like the bird’s eye view I get from headquarters, and I specialize in financial communications. Even if I’m not Crash Davis, I can claim to be the Cal Ripken of Verizon’s earnings press releases. More importantly, I have the privilege of working with journalists who are at the top of their profession. I do my best work when I can bring the outside-in perspective of journalists – and the way their work reflects marketplace sentiment – to help continuously change my company for the better. At this time last year, I was working on a $130 billion deal related to our wireless business... so it seems the bets DO get bigger after all.

Lesson: It’s all a matter of perspective, and perspective changes over time.

Ha! That’s a pretty vacuous statement. I can illustrate this a little more concretely.

Early in the morning of my 30th service anniversary with “Verizon,” I shared an elevator from the parking lot with three other people. One man was on his cell phone, conducting business in Spanish. Meanwhile, a woman and another man were in animated discussion about a new Verizon Wireless pricing plan, and the need to make it simpler for customers to understand. It was as different as could be from any entitlement-laced chatter about retirement.

I was on my way to the company’s gym before going to the office, so I had thrown on my suit over my workout clothes. After I stepped aside to let the others off so they could begin their workdays, I looked down at my feet.

I was wearing white socks.