In Memory of Anne Buckley I've mentioned Anne here before, reprinting a column she wrote about the courtship and wedding of Bob and Nancy Varettoni.


Anne's reporting of it was typically wonderful, and I've previously bemoaned that since much of her career was in the pre-web days, much of her work can't be found online.

So I'm happy to report that, in Anne's memory, CNY editor John Woods is now reprinting a number of her Editor's Report columns on its website. (The photo here, by the-one-and-only Chris Sheridan, is the familiar one printed for years alongside her CNY columns.)

Here's "Two Fathers, Two Sons" about Steven McDonald, the hero NYC detective who was shot in Central Park and paralyzed from the neck down. And here's "The Double Standard" about the hot-button issue of religion and politics.

I won't... I can't... recount the many accomplishments of this trail-blazing Catholic journalist, writer and editor. But there are many details in the obituary in The Star-Ledger, which also includes a full reprint of her CNY obituary.

Here's a personal insight, though:

With Nancy due to be out of town with our daughter last night, I had been debating how I would spend my evening alone. A few days ago, before Anne's death, I told Nancy that I might attend a concert by Dan Schutte, a popular composer of liturgical music who was scheduled to appear at a parish in Roseland, NJ.

Reading up on Dan, I discovered that he's an ex-Jesuit -- and that my favorite song of his, "Here I Am, Lord," has been characterized by some as a rebellious anthem. Which only makes me like the song even more.

So it did not surprise me that at the funeral Mass for Anne Buckley yesterday in Caldwell, NJ, we all stood to sing "Here I Am, Lord" as her casket was carried into St. Aloysius Church.

After Mass, Nancy and I spoke to former colleagues -- most who continued at CNY for years after us -- about Anne's lasting impact. In a Facebook Messenger group chat, some of us even recalled colorful phrases she had used in her columns when we all worked together more than 30 years ago: "As clean as a convent parlor..." "Like eggs on a Teflon pan..." "Delft-saucer eyes..."

Here's a 30-second snippet from the 10-minute memorial video posted by Prout Funeral Home. It features photos of Anne, later in her career, surrounded by awards and CNY colleagues:

When I originally posted Anne's column to mark Bob and Nancy Varettoni's 30th wedding anniversary, Nancy was uneasy about it. She told me something that I never knew: that when she told Anne she was going to marry me, Anne expressed reservations.

She thought Nancy could have done better.

As always, Anne was right about that too. 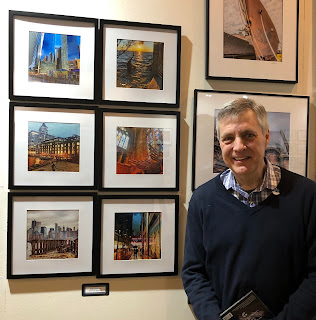 Today, I returned to Sacred Heart in Newark to take my 50th photo of a church in New Jersey. Below is a collage of all of them, all taken since last Easter. I've posted these, along with three churches from others, on Instagram at either @bvarphotos or @foundinnj. 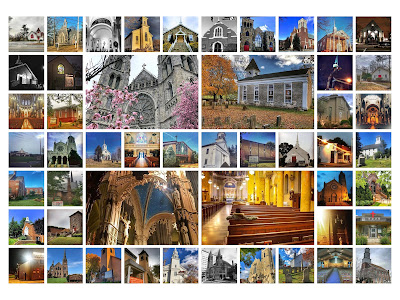 Also last week, I posted the photo on top of this page on Facebook. It's about an exhibit I participated in as part of the Black Glass Gallery, which, according to its website (where you can view great photos from a collection of photographers), is...

"A dynamic, social media-based photography community. Founded in New Jersey, we gather weekly for meet-ups at locations that offer inspiring settings. We showcase the beauty we discover through our lenses on both Instagram and Facebook. A diverse and friendly group, we have varying levels of photography experience: amateurs; hobbyists; professionals. Follow us on our photographic journey and see the magic we capture."

Our second annual showcase opened earlier this month at the Middletown Arts Center (36 Church Street). It's available for viewing any time through April 26. Stop by if you're in the area... no tickets needed. All photos on display were taken at one of our meetups.

Here are the six photos I chose to exhibit, and a little bit about each. 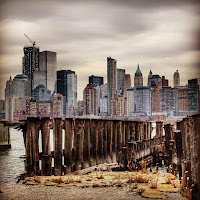 This is my sentimental favorite because it's the from the first meetup I went on with the group, at Liberty State Park. I can thank the Snapseed HDR filter and the New York City skyline for this sleight of hand... since I'm clearly outmatched in photography skills by others in the group. A few months later, I was invited to display a large print of this on a wall near the men's room of a bar called The Iron Room in Atlantic City -- until it mysteriously disappeared one day. But that's OK. I like mysteries. 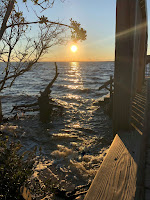 This is just a typical Jersey Shore sunset from the time we went to Island Beach State Park. The group had arranged for a bonfire, and some night photographers who escaped notice by packing fishing poles took great photos of the Milky Way. I got thrown off the island by a park ranger for not being a fisherman, who are the only people technically allowed in the park after dark. To me, this is a reminder that all "typical Jersey Shore sunsets" are beautiful. I also like the reminder that I wasn't jailed that evening! 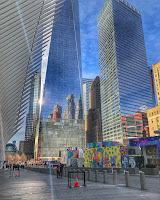 I work a lot in Manhattan, so I felt I had the home field advantage during this meetup -- which featured a private tour of the Woolworth Building and a visit to The Oculus and surrounding neighborhood. While walking down the street, I turned to Suzanne, our intrepid leader, and quipped, "The photos here just take themselves!" -- before grabbing this reflective image with my iPhone. 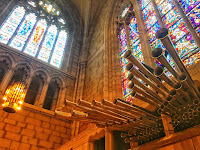 This was in Princeton. I wandered away from the group and went into the chapel and up to the choir loft. I don't know if I was really supposed to be there. But this photo tells me I was. 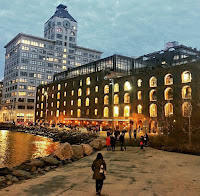 This was in Brooklyn, in the DUMBO section, near the bridge. It was twilight, and the light was just right. Thank you, Brooklyn. 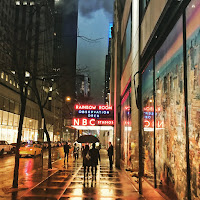 I wandered away from the group again one evening when we were in New York. Did I ever tell you? I love New York.

A Year of Inspiration in New Jersey 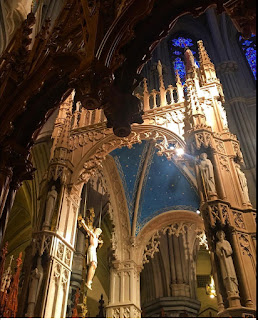 Yesterday, on my @foundinnj Instagram account, I posted a 52nd consecutive Sunday photo of a church in New Jersey.

You can see all 52 in this Google Photos folder, or by searching the #njchurcheverysunday hashtag in Instagram.

I was inspired to do this last April, after visiting Newark’s Cathedral Basilica of the Sacred Heart (pictured here). I had been taking photos at the Cherry Blossom Festival in nearby Branch Brook Park and took the opportunity to visit, for the first time, the church where Mom and Dad were married in 1955.

That magnificent church is one of New Jersey’s true treasures. Aesthetically, it rivals the cherry blossoms. My fascination with churches over the past year has centered around how the two things — one natural, one man-made — differ so radically. 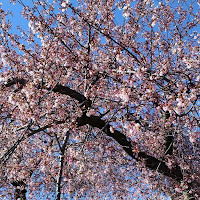 The fleeting beauty of the cherry blossoms mirrors our lives. On Saturday, I attended a memorial service in Philadelphia for a work colleague, Joellen Brown, who I wrote about last week. On Sunday, I took Mom to place a palm wreath beside Dad’s gravestone in Totowa, NJ.

“I’m getting tired, Bob,” she said to the ground, not to me, for both our names are the same. “I want to go home.”

In real life, nothing lasts forever.

Meanwhile, our church buildings aspire to permanence, which is something unobtainable. No matter the religion, churches are monuments to longing and redemption and our innate belief that love lasts forever.

Next weekend, I plan to visit Branch Brook Park again and consider the fleeting beauty of the cherry blossoms. I also plan to visit Sacred Heart again, marvel at its architectural grandeur and existential folly, and say a prayer for Mom and Dad and Joellen.

This, I hope, will become an annual pilgrimage, as I seek just one more year of inspiration. Again and again and again.
Posted by Bob Varettoni at 2:40:00 PM No comments: