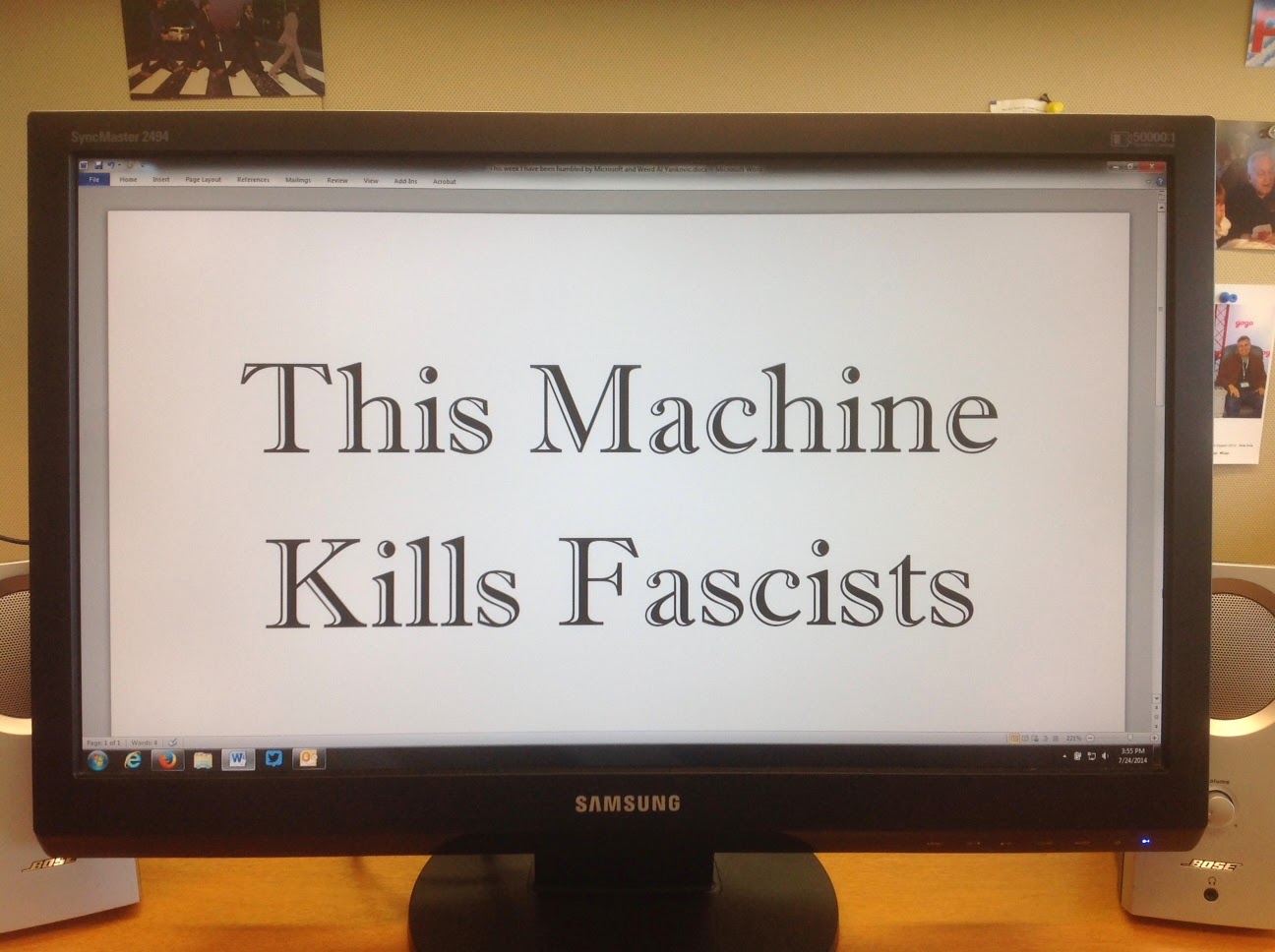 This week I have been humbled by Microsoft and Al Yankovic.
First came the “Hello There” memo that announced 12,500 layoffs amid a mountain of jargon.
Then came the parody video “Mission Statement” that seemed to reach into my computer to pull out whole phrases from my hard drive.
Rather than sue Weird Al for plagiarism, I think it’s time for me – and all corporate communicators – to respect the fact that we’re all just playing with loaded guns.
Real writing is dangerous. This hit home while reading Marja Mills’ new memoir "The Mockingbird Next Door":
As a dad myself, I sometimes recited poems to my little girls at bedtime. Their favorite was invariably the last poem ever written by Edgar Allan Poe, “Annabel Lee”:
Yet it’s still a favorite poem and vivid memory for them; me too.
Real words crafted by real writers have meaning and resonance for decades.
The written word is so powerful that even the disguised phrases we sometimes use to communicate layoffs or express business concepts have incalculable impact on real people.
Perhaps the blank pages of all writers – even corporate communicators -- should include a warning label like those required on cigarette packaging… or like the dangerously evocative label on Woody Guthrie’s old guitar.
Posted by Bob Varettoni at 12:49:00 PM No comments:

Why Do Journalists Chase Redheads? 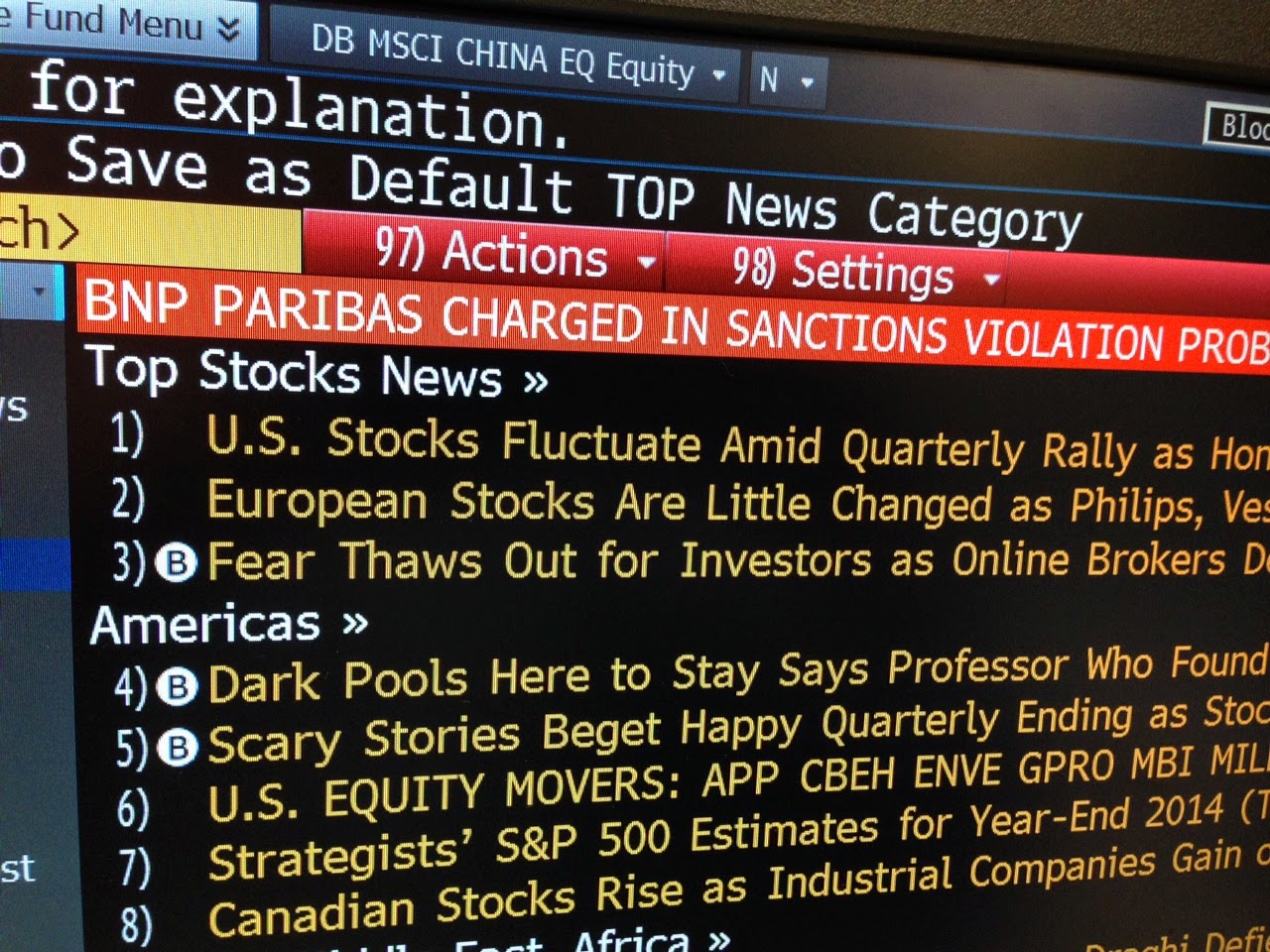 Because, in the spirit of Willie Sutton, that’s where the money is.

Visiting Bloomberg offices recently, I learned that “redheads” are what the journalists there call headlines superimposed with red bars on the company’s news terminals. Redheads are the digital version an AP ticker chiming 12 bells and typing out “Urgent!” in the newsrooms of the past.

Reading some stories recently, I also learned that the compensation of journalists there is based, in part, on measuring how many “market-moving” stories they produce.

In other words, the more Bloomberg journalists can show they directly influence stock markets, the bigger their annual bonuses.

So I asked a reporter about this. He had offered me a latte from the legendary 6th Floor snack bar, and we were sitting on a sunny balcony overlooking Manhattan’s upper East Side.

“Since when is it part of your job to move markets?” I asked, in the same provocative way he sometimes questions me.

He said what I thought he’d say, in the same predictable way I sometimes answer him:
(I didn't ask the followup: If it isn’t much of a factor, why use it... if there’s any hint of a conflict of interest ingrained in the measurement?)

My own line of thinking is different:
I have great respect for journalists, and I know first-hand that Bloomberg reporters and editors, in particular, have a passion for accuracy. But could it be that this pay practice subtly degrades a core journalistic value?

Redheads are an understandable obsession. Ask Charlie Brown… or Wolverine… or any reporter who produces a story that screams “Urgent!”

But let's not forget the bigger picture:

Redheads exist to move hearts and minds, not markets.

Email ThisBlogThis!Share to TwitterShare to FacebookShare to Pinterest
Labels: PR

There's Something About Mary 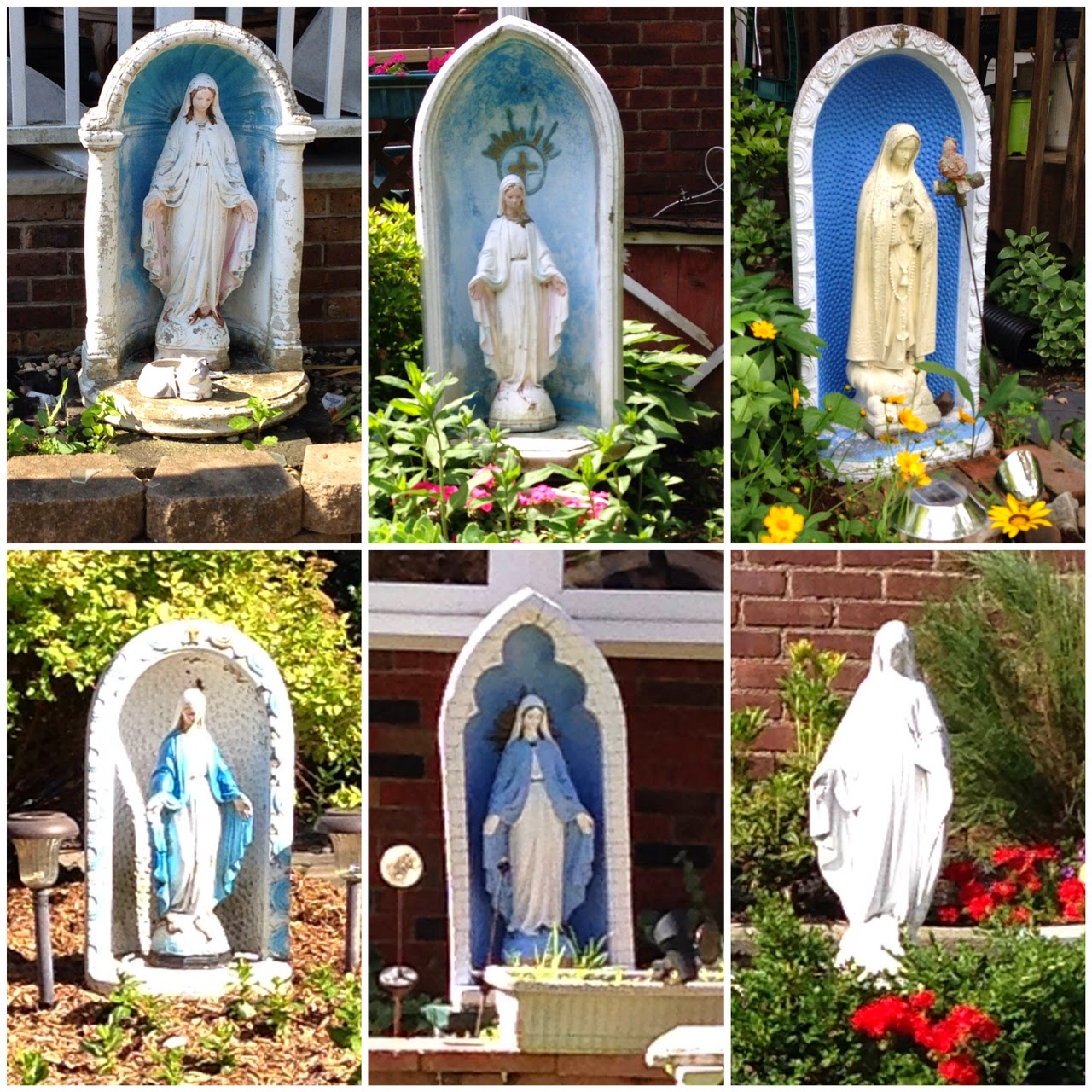 This headline isn’t unique. Neither is this photo collage of the shrines to Mary in my New Jersey neighborhood (see here). Neither am I.

The older I get, the more ordinary and common I feel.

Touring New Milford, NJ, this July 4 weekend, I saw more than a half dozen devotional shrines... an even greater number of small blue octagonal signs proclaiming that the homeowners are using an anti-theft alarm system… and a-still-even-greater number of American flags.

What do Mary statues, ADT signs and American flags have in common? I suppose they all promise to protect us in some way.

But still, I believe there is something different about the Marys of New Milford. And I think I’ve figured that out too.

In other words, each is extraordinary and uncommon.

These days, in my little corner of the world, I consider that a minor miracle.
Posted by Bob Varettoni at 3:35:00 PM No comments: