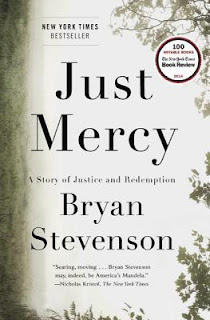 I got stuck in the mud trying to finish the last three books I chose.

In fact, I still haven't finished the third: "Just Mercy," lawyer Bryan Stevenson's tale of his attempt to free a man wrongly condemned to die on death row.

I can't finish this book because every time I try to dive back in, I get too worked up: the injustice presented here is too overwhelming.

I chose this book on the recommendation of a friend who said it would "change your life."

It certainly has. I now trust no one.

This is "To Kill a Mockingbird," updated for our times, stripped of any literary pretensions.

There's a film adaptation too, and "Just Mercy" will premiere widely nationwide on January 10th. So yes, Roger, I'll see you at the movies.


Here are two other books that took me forever to finish:

Death in Venice by Thomas Mann
My rating: 3 of 5 stars

Having fond memories of this novella from my school years at Notre Dame, I started reading the Kindle version... and found myself stalling, putting the book aside, then dreading to reattempt to follow the stilted language of the opening pages. This was the "Dover Thrift Edition," translated by Stanley Appelbaum. (In his prodigious and accomplished career, he had translated Ovid's "Art of Love," another book I fondly recalled from school.)

But I guess I'm not in Indiana any more. Having lived in New Jersey for so long, I can now officially confirm I have no patience.

I eventually tried the Audible version of a newer, award-winning translation (by Michael Henry Heim) read by Simon Callow. Somehow, listening to a sophisticated English accent made the passing words and story tolerable. But disappointing still.

I wasn't moved by the book. The main character is simply creepy. The decay of the setting isn't as profound as I once thought. The Venice of Gustav von Aschenbach is Disneyland compared to the portents in the real world today, Venice included.

College Me would have chalked up my disappointment to the translation. I've always been wary of literary works that are not in their native language. But as Michael Cunningham notes in his very wise introduction: "All novels are translations, even in their original languages... None of us reads precisely the same book, even if the words are identical."

The thing is, I can't tolerate leaden genius any more.

On this, perhaps Aschenbach and I would agree: Let me be awed and thunderstruck by all the simple beauty in the world, even as our world begins to fall apart.

Super Pumped: The Battle for Uber by Mike Isaac
My rating: 4 of 5 stars

THIS is a really good book... although not quite as good, even if in the same vein (excuse the expression), as last year's "Bad Blood."

The journalism here is terrific. The problem -- and why I kept putting this aside before finishing it -- is that there are no characters to root for.

Not only that, but all the bad guys -- and, yes, they are all guys -- wind up insanely rich in the end.

It was painful to read about all the excess, all the wasted wealth, all the casual crimes (the incident of a female Uber employee's head being forcibly shoved into a pile of cocaine is simply noted in passing).

There's no moral to this story, and so much damage done in the wake of Uber's success.

It's page 364 of 365, and I'm ready to close the book on the "Super Pumped" decade, when technology combined with greed to widen the gap between rich and poor.

I have to believe that in the 2020s, Mike Isaac will have better stories to tell.

View all my Goodreads reviews
Posted by Bob Varettoni at 11:56:00 PM No comments:

Pics, Or It Didn't Happen

If you find yourself on Fifth Avenue before January 19th, I recommend spending some time lost in the J.D. Salinger exhibit at the New York Public Library.

It's free, courtesy of J.D. Salinger Trust and coinciding with the centennial of the author's birth.

On public display for the first time are papers, photos and other personal items belonging to the quirky, reclusive literary icon.

Salinger didn't publish anything after 1965, 45 years before his death, but he evidently kept writing long after moving from New York to New Hampshire. So many notebooks, so many letters, so many words.

The family photos on display are particularly touching, even more so to me than his actual Royal typewriter or the handwritten margin notes on the author's galley of "The Catcher in the Rye."

I wish I could show you some of these items, but -- in true Salinger style, in this cramped exhibit space where you will be instructed to circle single-file from left to right -- no photos are allowed.

Cellphones, coats and bags need to be checked before you enter. You can take photos anywhere else in the library, just not here. It's strictly enforced. There's a guard at the front door and another inside ready to pounce on any raised, smuggled phone.

Which begs the question: Since I can offer no pictures of the exhibit, how can you believe I was there?

Photography stops time. It's magic... and intimate, and precious.

It's why I take candid photos of my family. Or why I have two Instagram accounts. Or why I've formed friendships with people who come home from work and wash up, then travel somewhere to capture a fleeting image.

All these photos I've taken have taught me to stop for a second, and marvel at the everyday things that hide in plain sight at the edge of the miraculous.

Every image proves I was somewhere; every somewhere never stays the same.

After retrieving my cellphone and coat after visiting the Salinger exhibit, I kept walking and walking up Fifth Avenue, without any tie on or anything.

All of a sudden, something very spooky started happening.

Every time I came to the end of the block, I had this feeling that I'd never get to the other side of the street. I thought I'd just disappear.

So I started to make believe I was talking to Salinger, and I'd say, "Please, Jerry, don't let me disappear."

When I reached the other side of the street, I raised my cellphone and took another photo.

Jerry, I knew, would understand. Having just had a glimpse into his real life, I realized he was just like everyone else. He wrote all those words because he was afraid to disappear too.

Happy New Year, every one. Here are my "Top 9" photos from my Instagram accounts in 2019: 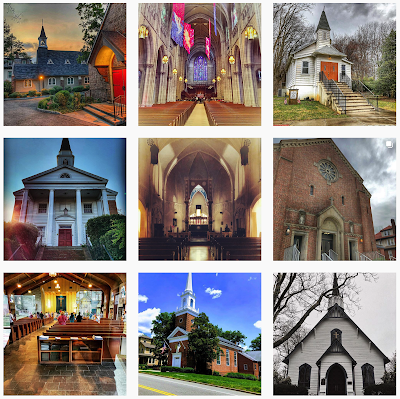 These are sprinkled with random #datenight images from outings with the long-suffering (and much-beloved) @othersideofdatenight.

In captions this week, I briefly provided some context (see the posts embed below).

I invite you to follow me at @foundinnj. Of course, I'll follow you back. Mostly, I post on social media to connect with and learn from others. I greatly admire people who create things.

Also, take a look at my "Found in New Jersey" Tumblr for daily posts of interest from around the Garden State.

Some posts there are not original, but all are attributed. They wouldn't have to be, though.

As Lin-Manuel Miranda once observed: "Everything is legal in New Jersey." 😎


Stranger: “Why did you take a photo of that church?“ In appreciation of places – often ordinary, sometimes beautiful – where neighbors gather to offer acceptance, comfort and hope. 🙂 #njchurcheverysunday ⛪️
A post shared by Found in NJ (@foundinnj) on Dec 22, 2019 at 8:25am PST