Alexa and Me: A Love Story 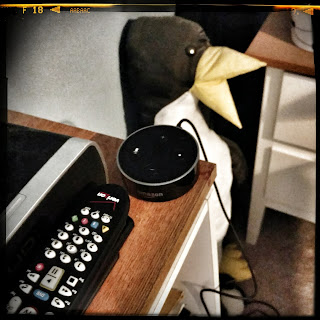 So when I saw Amazon's second-generation Echo Dot advertised, I pre-ordered it right away.

It arrived in the mail this week -- and I set it up last night as a replacement for my bedside clock/radio.

I set the alarm for 8 a.m., half-thinking I'd be well awake before then. However, it was a cold and rainy Saturday, and the alarm jarred me awake with a pulsing sound.

"Stop, Alexa, stop!" I cried, scaring my wife sleeping beside me, by calling out the name of the device's voice-activated trigger.

Alexa didn't respond right away, so I turned the light on to try to find the button to turn her off. "Stop, Alexa," I said again, and the alarm turned off.

My wife took things in stride:

"It's lucky the kids are grown. Imagine if they were in their bedrooms and heard you call out, 'Stop, Alexa, stop!'"

With that, the pulsing alarm sounded again, and I quickly pushed the button to turn it off.

"You know," my wife concluded. "You and Alexa really need to decide on a safe word."

Romantic sarcasm at short notice is my wife's specialty.

2 Wins 5 Losses, And Still In Love With Notre Dame

As an alumnus who proclaims #GoIrish in his Twitter profile, I’ve gotten my share of friendly abuse on social media lately, given Notre Dame’s poor won-loss record this football season.

In truth – while Notre Dame is currently unranked in all college football polls and a respectable #25 in the Wall Street Journal’s recent inaugural ranking of U.S. colleges by academics – the Fighting Irish are still #1 in my heart.

Notre Dame football is polarizing: most people either LOVE the team (insert photo of players arm-in-arm singing the alma mater here) or DESPISE it (insert photo of Brian Kelly busting a blood vessel while screaming obscenities here). While I CRINGE at the thought of Coach Kelly’s contract extension – and realize that the university is far from perfect -- I simply ENJOY watching the games.

I’ve missed seeing two of the last three. I attended the Syracuse game in New Jersey three weeks ago. Two weeks ago, I thought, “They’ll never play the NC State game in the middle of a hurricane,” so my wife and I enjoyed a matinee staged by Philadelphia Young Playwrights instead. Last Saturday, I attended a memorial Mass for my friend Pete Sgro (front and center here). I spent the day in his picturesque hometown and arrived home to more friendly abuse after the Stanford game.

To me, Notre Dame’s 2-5 record is a matter of perspective: It’s not great, but it’s not tragic.

Meanwhile, Coach Kelly, like every other football coach (even those down by 10-0 at halftime), sees a team in need of “overcoming adversity.”

Precisely. Just like those trying to survive in Aleppo.

First World-er that I am, I once survived the “adversity” of driving to South Bend in a December snowstorm with my girlfriend at my side. I thought we’d be stranded on Route 80.

Instead, we overcame the odds to arrive at the Grotto of Our Lady of Lourdes in the heart of Notre Dame’s campus at midnight. I asked my girlfriend to marry me -- in the flickering candlelight, with the snow now falling gently around us -- and she said, “Yes!”

Two daughters later, I returned to the campus to attend the Mendoza business school’s Executive Integral Leadership program. What a gift it was to be able to spend an entire week at Notre Dame.

I have to be honest, though. I was a bit overwhelmed – and a little wary – when I saw how the campus had changed in the more than 20 years that had intervened.

“What a cozy bastion of white privilege,” I thought.

Then I lived and studied there for a week, and discovered:
Seemingly everyone I met there was in love with Notre Dame. And so, after all, am I.

The overriding theme of my executive leadership course was to appreciate the fact that to whom much is given, much is expected. It’s something I’ve thought about every day since. And it’s a spirit ever-present at my alma mater.

Something else I discovered? A crucifix in every single classroom at Notre Dame’s business school.

Imagine: An unapologetic religious symbol right there, every day, reminding future leaders about sacrifice and love… in the midst of adversity.

Notre Dame is a place of high ideals. I don’t often live up to them, but I always aspire to them. Perhaps Coach Kelly, or even the university itself, would say the same.

Because of my own failings, however, I am convinced I will see the Fighting Irish win another national football championship in my lifetime.

The talent is there; so is the will to win. So I’ll be patient.

I’m convinced I have the time because I remember something the beloved Robert Vacca taught me in Classical Greek at Notre Dame. He attributed the concept to Herodotus, and it sadly applied to the professor’s own life, just as it did to my friend Pete Sgro.

Billy Joel put it this way:

Only the good die young.

Here's to Uncle Pat: All You Need Is Love 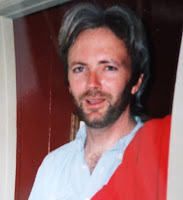 Thomas Patrick Cullinane – “Tom” to his school friends, “Pat” to most family members – would have been 56 years old today.

He was my brother-in-law, and he was always known around our house as “Uncle Pat.” After his sister Nancy and I bought a very old house, he spent so much time helping us fix up the place that our young daughters used to think he lived in our basement, sleeping on the tool bench.

He was, by far, the nicest guy I’ve ever known. I’m proud that he and his own wife, Joann, married in the backyard of our old house. When a bag-piper showed up that day, playing loud music with quiet dignity and adding something unexpectedly sweet to our ordinary suburban New Jersey lives, I thought, “How appropriate.” Because that was Uncle Pat in a nutshell.

On his every birthday since his death from cancer 17 years ago, my wife has served his favorite food since childhood for dinner – hot dogs and fudge marble cake.

She’s out buying the fixings now, so I thought I’d take a moment this dreary afternoon, when all is silent except for the beat of raindrops on the front porch roof that Uncle Pat built, just to say his name here. 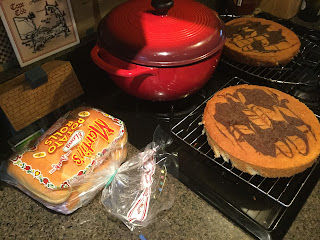 A recent newspaper column about local pastor Dan O’Neill noted that at this year’s 9/11 event, he delivered the shortest speech: “We’re not really gone from this world until people stop saying our name,” Fr. O’Neill said, then recited the names of neighbors who had died at Ground Zero.

So Uncle Pat is not really gone. We’ll have hot dogs and fudge marble cake for dinner, and Nancy and Joann will organize another fund-raising golf outing in his name next year to benefit the American Cancer Society.

And, in the end, I think it’s no coincidence that Thomas Patrick Cullinane was born on the same day as John Lennon, who would have been 76 today. Kindred spirits, both have lived long in the hearts and memories of others.

How is that possible?

It’s easy. All you need is love.