Today marks the 89th birthday of one of my favorite writers.

I've posted about Harper Lee before, but I was reminded of her again today when The New York Times tweeted an image of its original review of "To Kill a Mockingbird" from July 1960. It begins:

"ALL the magic and truth that might seem deceptive or exaggerated in a factual account of a small town unfold beautifully in a new first novel called 'To Kill a Mockingbird.' At a time when so many machine-tooled novels are simply documentaries disguised behind a few fictional changes, it is pleasing to recommend a book that shows what a novelist can accomplish with quite familiar situations."

This passage from the book itself has always been one of my favorites:

"Maycomb was an old town, but it was a tired old town when I first knew it. In rainy weather the streets turned to red slop; grass grew on the sidewalks, the courthouse sagged in the square. Somehow, it was hotter then: a black dog suffered on a summer’s day; bony mules hitched to Hoover carts flicked flied in the sweltering shade of the live oaks on the square. Men’s stiff collars wilted by nine in the morning. Ladies bathed before noon, after their three-o’clock naps, and by night fall were like soft teacakes with frostings of sweat and sweet talcum."

When I first met my wife Nancy, she mentioned the teacake ladies as one of her own favorite images. I knew right then my life would never be the same. 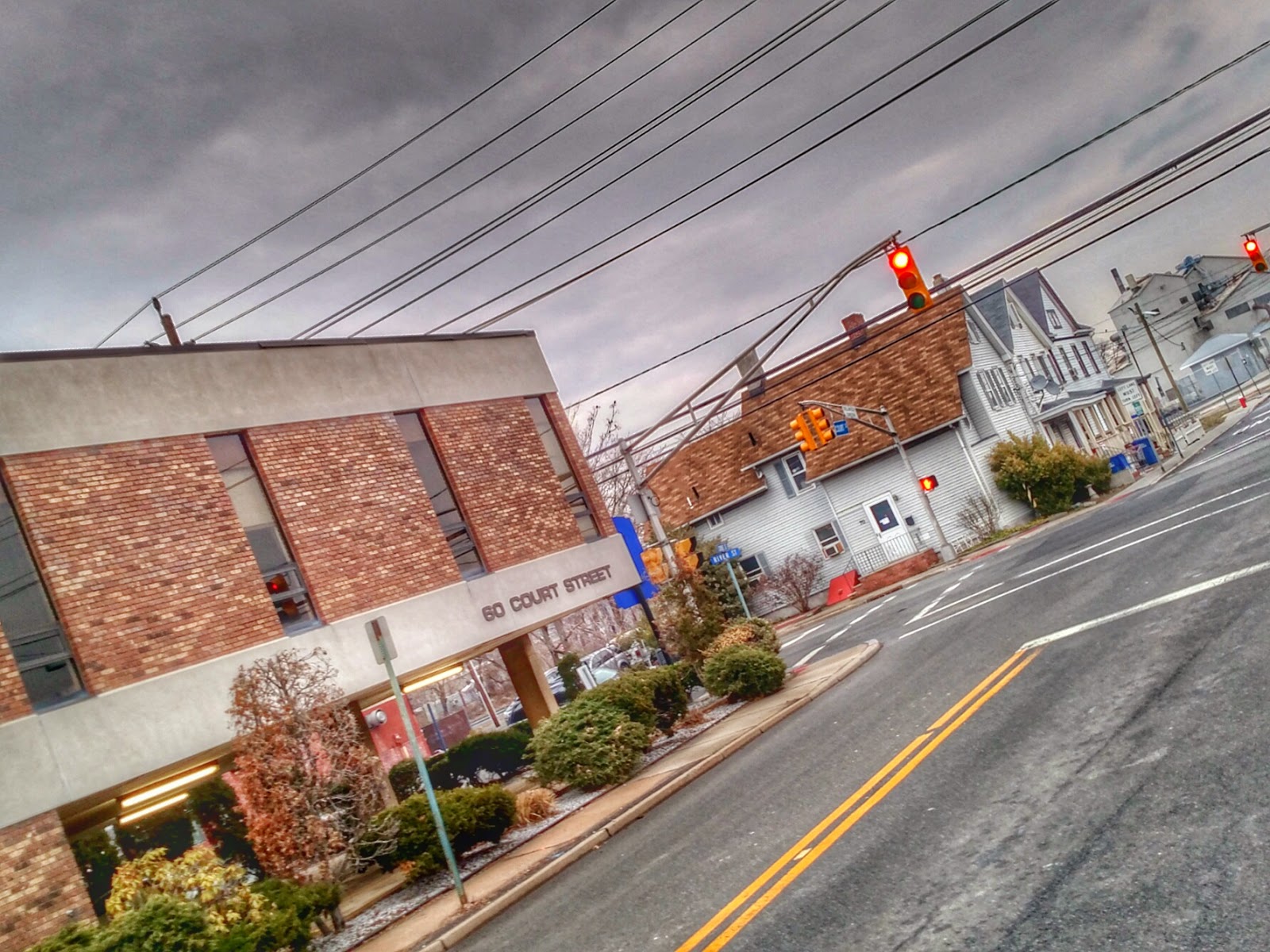 “Is that Superman?” I asked, from the back seat of our car.

We were stopped at a light late last night, at the intersection of Court and River streets in Hackensack, and my question came during a lull in conversation.

My wife was driving, with our older daughter in the front passenger seat (she claims to get car sick when sitting in the back) and our younger daughter (our baby, who is over 21 years old) beside me in back.

“Wait! What?” my younger daughter exclaimed.

“Something wrong, Maddy?” I asked, pointing to the second-story window of the office building on 60 Court St. “See, there’s a large cutout Superman near the book case in that office.”

“You have to admit, it’s a thin line,” she said. “What’s worse is that Mom wasn’t concerned at all. She simply accepted the fact that you had seen Superman.”

“I think that’s sweet,” said Cathy, the daughter who always cons me out of riding shotgun.

This had been the tone of our family conversation ever since we had retrieved Maddy from the train station in Newark a half hour earlier.

Through some quirk of fate – Maddy has a job interview in the city today, and Cathy wanted to crash somewhere closer than her apartment after an evening graduate class at Montclair State – both daughters were home last night.

So the four of us were together in the car for the first time in many, many months. Like a jazz band that resumes playing together after many years apart, it didn’t take long for our conversation to fall into the teasing, laughter-filled and jumbled rhythms of our younger selves, a dozen years ago, packed in a car and headed for vacation on the Cape.

I closed my eyes and enjoyed the music: Maddy was telling a funny story about trying to adopt a rescue Flemish Giant rabbit from an animal shelter in Canada; Cathy was talking about horses, of course, and working with autistic children; and everyone independently had somehow known about and played Google Map’s recently introduced Pacman game.

So it has occurred to me that during this Easter season some higher power really was in New Jersey last night. It circled the globe so fast it halted, and then reversed, the direction of Earth on its axis.

And as I have done every morning for half my life, when I left for work a few hours ago, I whispered goodbye to each daughter outside her bedroom door – and I told them I loved them.

Thank you, Superman, for turning back time for just one night. This morning, this crazy man was no longer whispering into any empty bedrooms.