How Long Until the Elmos Show Up at Ground Zero? 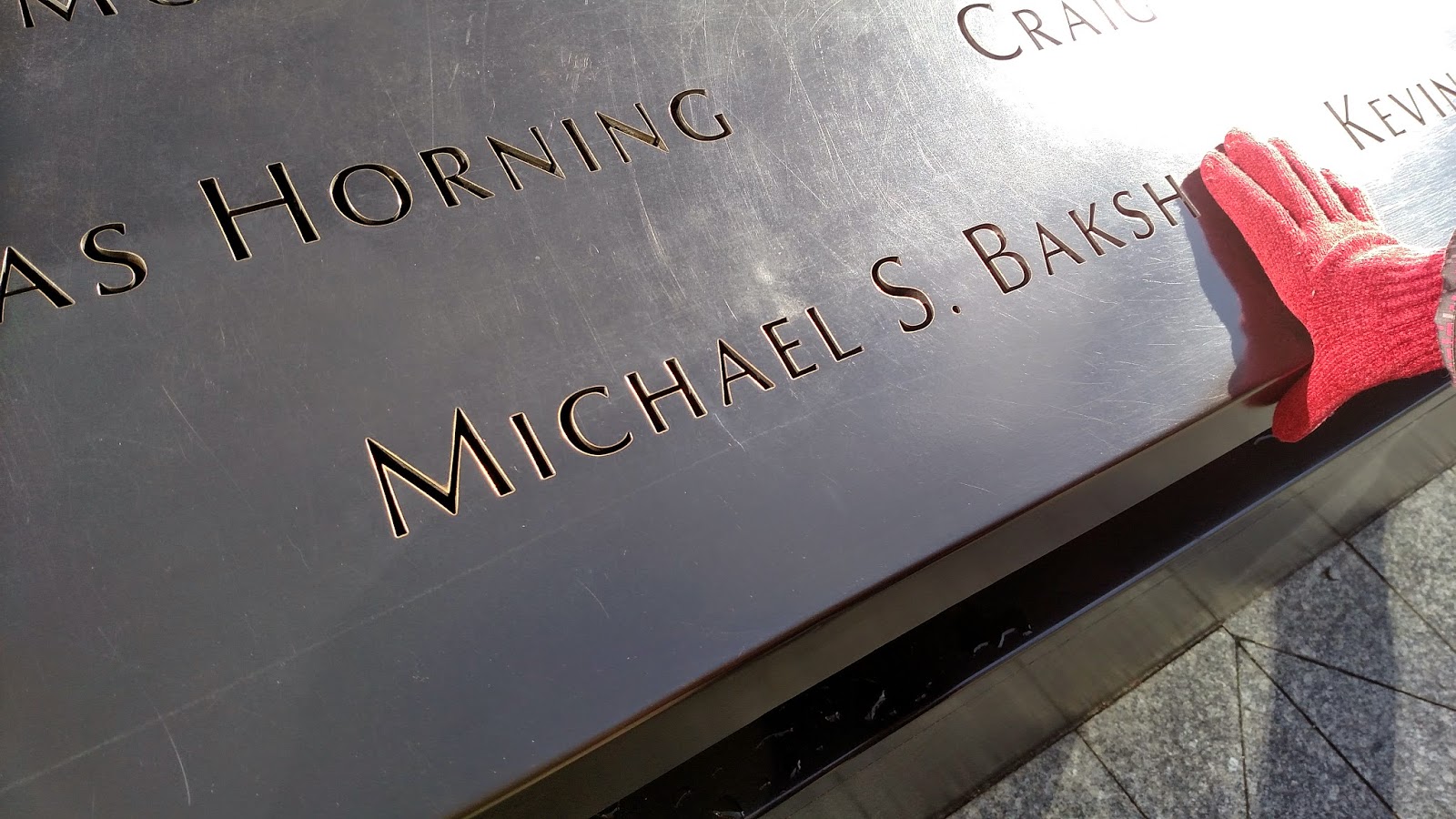 I visited the 9/11 Memorial for the first time yesterday morning.

Not long after the terrorist attacks, I saw a chilling bird's eye view of the site through a gaping hole in the side of Verizon's building at 140 West St., which had been damaged by the collapse of Building 7.

Some force kept me from visiting the memorial sooner, but the recent openings of the museum and One World Trade Center all but shamed me into standing at the foot of the void.

I can prove I was there too. While I was at looking at the names inscribed in bronze around the perimeters of the two memorial pools, I found myself inadvertently in the background of more than a dozen people taking smiling selfies.

Of course, much has already been written and discussed about this phenomenon. But to see it in person was a bit like peeking again through that gash in the side of the building in 2001.

These weren't "I was here" poses. These were people extending expensive cell phones high in the air on selfie sticks and playfully mugging for the camera. Lovers were hugging each other with big smiles on their faces. A group of young women wearing fake tiaras were capping the previous night's birthday celebration with a group portrait. All that seemed missing was someone posing with Elmo or one of the other costumed characters who roam Times Square.

It's not that I'm against selfies. I take more than my share. There are countless photos posted on the @Sept11Memorial Twitter account that strike a respectful and balanced tone.

Posted here is a photo I took yesterday morning of Michael S. Baksh's name. On Sept. 11, 2001, my wife was teaching where his children went to school. He died on his first day at work as an insurance executive at Marsh & McLennan.

I have to believe that people, in their hearts, know that some things are still sacred. If you believe that too, please take a moment today to say a prayer for Michael Baksh and his family.