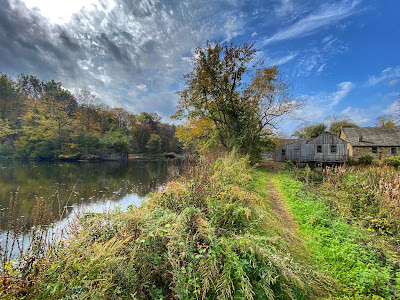 This Christmas Eve I’m thankful for the people who inspire and encourage me.

One group I belong to, the virtual Black Glass Gallery, is a supportive mix of amateur and professional photographers led by Suzanne Spitaletta. 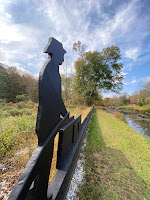 She loves arranging group meetups across New Jersey, and sometimes in New York City. We’ve had to cut back on in-person meetups during the pandemic, but in 2021 we did manage a few.

One favorite outing was in October at Waterloo Village. As described in Wikipedia, this is a restored 19th-century canal town in Sussex County, near Stanhope. It's at the half-way point in the 102-mile trip along the Morris Canal, from Jersey City to Phillipsburg.

At the present-day site are remnants of an inn, general store, blacksmith shop, and watermill. There’s a still-active Methodist church, a small garden with some farm animals, and renovated spaces that accommodate weddings and other gatherings. Only traces remain of a restored Indian village up the road, a place I visited when I was a Cub Scout. 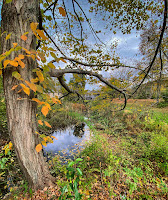 I didn’t stick with the group as we took photos that day in October. I almost missed seeing my friend Beth entirely. I’m an odd bird: I most like the idea of being part of a group.
I’m forever grateful that the Black Glass Gallery crowd accepts me, tolerant of my quirks without reservation. Looking back on these images reminds me of the many good, talented, and creative people in the world.

Artists are curious souls. Sometimes, they just want to go outside and play. 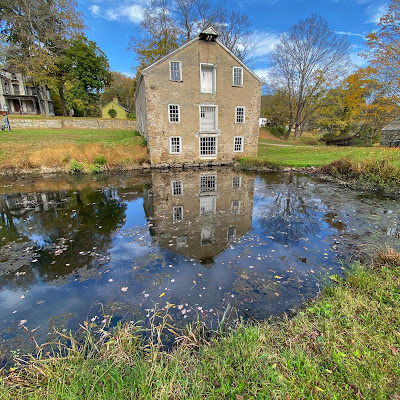 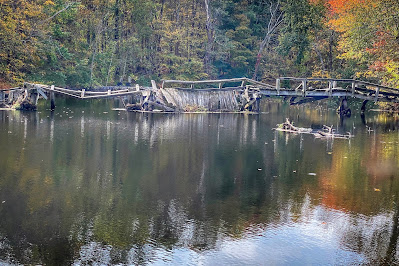